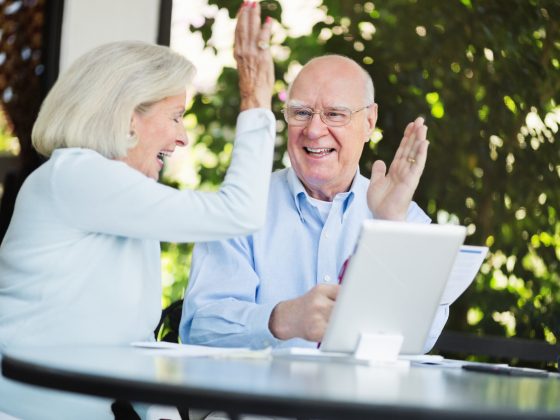 Graduated college, got a job, met a significant other, maybe shared on rent, got married, bought a house…and you’re pregnant!

Baby arrives, congrats—this is the most beautiful gift…but also, there goes your sleeping in on weekends. Or, really, sleeping much at all. But that’s OK, you’ve got the most precious thing in your life on your hands. So what’s on the horizon? Lots of medical check-ups, dietary road maps, wardrobes that expire in months, school choices, perhaps a college fund. (And hey, maybe move closer to your parents/in-laws!)

This is all the happy stuff, right? It’s a front-row seat to evolution, development, growth and the circle of life. But you also need to consider taxes—kids are little walking tax shelters, and death.

Right, it’s not exactly cocktail talk. And yet, it’s a certainty. Let’s raise a glass in hopes it’s not coming down the pike any time soon, but again, not something we predict. Now consider these facts, according to a Caring.com survey released just last year:

Does anyone not fail the end-of-life exam? Yes, 81 percent of those who have celebrated Birthday No. 72 have a will. No wonder they’re the “Greatest Generation.”

Also a bit startling to discover: Nearly half (47 percent) of the Caring.com survey respondents who lack estate documents declared: “I just haven’t gotten around to it.”

People, it’s time to get around to it.

And even more so if you’re a parent—preferably before the kids come along, seeing as how daily routines become anything but with the birth of a child. Because those who pass on without a will are in effect leaving it up to the state to decide who should become the guardian to your child (among many other decisions). Who will raise your children with the same values that you have? Does this person have the same religious beliefs as you? Do you wish for one person or two people to look after your child? It’s easy to go down a rabbit hole and pose hundreds of questions, but the biggest takeaway is that guardianship is complicated and needs to be taken very seriously. In other words, the moment you give birth, creating a will should be top of mind.

In judicial terms, “probate” refers to the establishment and validity (or “proving”) of a will. Different states have different rules, but there are common threads: paperwork, court appearances, time and expense. And letting someone else make those decisions can get really expensive: inheritance creditors, estate taxes, court fees, executor and administrator fees. It’s only after these pipers are paid that your heirs receive their share—and that share is likely to be considerably less valuable without a will.

Consider that it’s been oft-reported that Prince died without a will. Estimates put his worth at $300 million, so one might say he can afford the probate process. But who would want to? Whether your estate is worth $300 million, $300,000 or $30,000, do you want a portion of your assets going to the lawyers and the government? Or do you want them going to your offspring and the ones you love?

And the financial angle is just one consideration. Consider this double-whammy when it comes to your kid(s): A will is what sets forth decisions tied to guardianship, educational planning, amount of funds to be distributed and the scheduling/dates of such. Without a will, the state makes this call; the “but this is what she/he wanted” statements usually don’t hold up in court sans documentation.

And beyond both the family planning and financial angles, we’ve noted that passing on without a will affects lots of other people: spouses, kids, siblings, parents, business partners, friends. To deal with your finances, debts, real estate, insurance, child guardianship, health care decisions and funeral arrangements. That’s not the parting gift you want to leave to those who matter most to you.

Probate or pro-active? It’s a no-brainer, especially when you consider how efficient, non-intimidating and affordable the process is via willing.com. How about under $100 to generate a personalized, legally binding estate-planning package? Give it a try here; start for free, pay only when you print and sign.

Because whether you have a lot or a little, willing.com is your best bet.