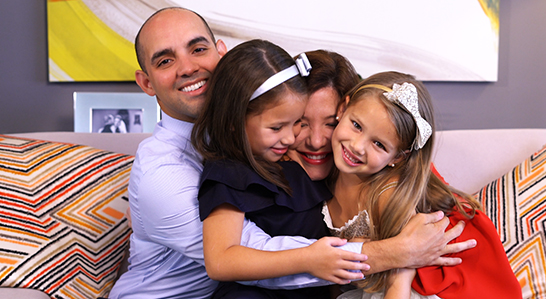 Many 37-year-old CEOs are likely disrupting the scooter industry or launching the next food delivery app. Eliam Medina, however, took a bit of a different route–he saw an opportunity to motivate people to make better decisions regarding end-of-life planning.

Say what? Yes, you read correctly. Medina wants to get people talking about death. So, what does that mean exactly?

“When my aunt got sick, my family ended up spending several thousands of dollars to settle her estate. That’s more than most people can afford for everything, let alone for something as inevitable as the consequences of passing away,” Medina commented. “Losing my aunt was a complete tragedy, but it also was the spark that convinced me to take bigger risks and dedicate my life to doing something that moves the world forward.”

When Medina began looking into estate planning solutions, he found there are two main options…the old-fashioned route spending thousands of dollars with an attorney, or going online. When he looked online, he was really disappointed with the experience. He felt confused, it took too much time and, in general, it was just a mess. There had to be a better way….

“People are forced to choose between high quality at a really high cost by going through the traditional way of an attorney, or going online and having a low cost but low quality option, Medina continued. “So why don’t we take the best attorneys in the world and put them in software, and make them available to everyone at a price they can afford?”

Unless you plan properly, your loved ones could end up spending much more after you pass away, and that’s something he wanted to make sure would never happen again. That’s when Willing.com was born.

Medina’s final thought? “You create a will because you care about the people you love. You care about making sure they don’t have a difficult situation after you pass away.” I don’t know a mother…a brother…a father…a son…who doesn’t feel that way.”

Since the site launched, more than 500,000 customers have created their estate plans with Willing and saved thousands of dollars. Talk about inspiration. Want to hear the rest of Medina’s story? Watch below.