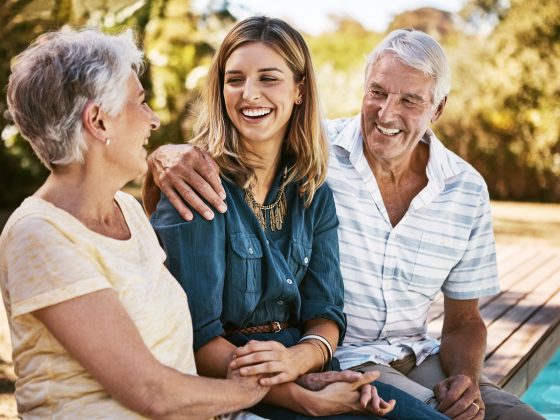 Can we talk? The famed catchphrase of the late, great Joan Rivers—it incites humor.

We have to talk. Yikes, trouble with the significant other or perhaps the boss—neither one incites humor.

Would you like to talk? Concern, compassion, empathy—let’s do what’s comfortable for you.

Let’s talk about it. Positive, solutions-oriented—we can figure this out!

Communication takes lots of forms, and verbal is the format that the majority of us likely utilize. Think about conversations you’ve been cajoled into having, only to reflect on them later to see how such communication has helped you grow and change for the better:

-A meeting with an old friend with whom you’ve been arguing…only to see both sides and refresh the friendship.

-An appointment with a doctor to diagnose a malady you’d prefer not to face…only to learn it’s treatable toward a greater quality of life.

-An annual review at work calling out some deficiencies…that you then improved upon toward greater production and compensation.

-An appointment with a therapist that your significant other strong-armed you into…only to have it improve your relationship in a way you never imagined possible.

So how about end-of-life coaching? That’s pretty important, too, as was recently shared by the “Journal of Clinical Oncology,” quoting best-practices firm “Advisory Board”:

The University of Rochester Medical Center (URMC) piloted a social worker-led intervention for patients with advanced cancer. In the program, social workers meet with patients and caregivers to introduce a question prompt list (QPL) covering a range of topics, including goals of treatment and expectations for care. Then, social workers help patients identify their top priorities and coach them on how to raise these issues with the care team….

The intervention group then was coached how best to raise and address topics of their concern, including prognosis, current cancer state, treatment goals, symptom management and end-of-life care preferences. Check out some of the results:

-intervention participants were more than twice as likely (70 percent to 33 percent) as controlled patients to bring up QPL-related topics during their ensuing oncology visit;

-patients in the intervention group raised 82 percent of topics discussed during coaching, with 56 percent of those topics broached by the patient (only 17 percent by the doctors);

-the practice of intervention improved the likelihood of discussing prognosis-related topics threefold: from 5.8 percent to 16.7 percent.

So why is this important? Because as intimidating as these conversations can be, talking about it makes quite a difference. Again, per the “Journal of Clinical Oncology”: Discussion of end-of-life topics has been associated with better quality of life, lower use of potentially burdensome aggressive treatments, and lower likelihood of a hospital death.

In addition, the “Advisory Board” references a poll stating that while 87 percent of Americans ages 65 and older believe their doctor should discuss end-of-life issues, only 27 percent of those polled actually are having those conversations. In other words, you’ve got to ask because unfortunately the discomfort with this discussion runs both ways—patient and doctor.

So while there are some issues you or your loved ones may continue to avoid—a friend issue, a work issue, a relationship issue—a serious medical issue shouldn’t be among them.

As the URMC clinicians concluded: Our intervention appears to have been effective in giving a voice to patients and their caregivers during office visits with their oncologists. These findings are critical, because many patients may choose to make different decisions about their care when they are fully informed.